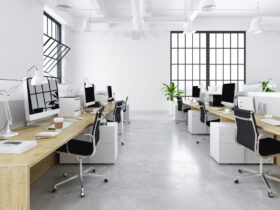 Factors To Consider When Refurbishing Your Office In Birmingham

For many, falling asleep is an almost impossible task; many require a completely dark and noise-free space to relax, but how to achieve a quiet environment in such a chaotic world? The simplest solution is acoustic plaster.

To begin with, we explain how sound is transmitted. A vibrating object causes a displacement of air particles and produces sound. Thus, the sound is vibration and energy. Acoustic waves are produced by removing air particles, which involve a series of compressions and depressions that generate them. In other words, the perceived sound is the effect of a rapid variation in air pressure.

The intensity of the sound is measured by comparing the pressure level variation about the reference pressure, and a logarithmic scale is applied to it.

Sound is measured in decibels (dB). Sound intensity characterizes the amount of energy produced. It is the difference in the pressure exerted on the air when a sound is emitted. The stiffer the medium, the faster the wave propagates through it.

Noise is subjective. Noise is the unwanted sound that causes discomfort; its sound intensity has nothing to do with how uncomfortable it is.

The acoustic comfort in buildings is conditioned to two factors before construction:

This is usually achieved thanks to the sound absorption properties representing the amount of sound energy that is not reflected. In a much simpler language is the ability of a material to dampen the incident noise.

Gypsum plasterboard partition walls are widely used in hotels, offices, hospitals, etc. The advantage of this system is the possibility of achieving high insulation with relatively low mass compared to traditional masonry walls. However, being lightweight systems, it has insufficient insulation at low frequencies. Self-supporting steel structures are used to build it, consisting of horizontal U-channels and vertical C-profiles of variable width. Depending on the level of insulation to be achieved, it is possible to use one or two independent structures. The width of the channel determines the air space between the plates that are bolted on both sides of the structure. The critical frequency is very high (2700 – 3000 Hz) and does not depend on the number of plates installed. It is essential to place absorbing materials inside the cavity to avoid the “drum effect.”

The internal distribution of the spaces is essential for external noise, so the areas with less sensitivity (bathrooms, kitchens, etc.) are located in the most exposed facades. Protective elements, such as acoustic plaster, should be placed between acoustically sensitive areas (such as setting cabinets between two rooms). Doors should be placed as far away from each other as possible. Bathtubs should be filled with sound-absorbing material. Fixings should be made with elastic clips. Sound absorbing materials such as acoustic plaster should be used in noise-generating areas—for example – glass mineral wool panels for false ceilings in plant corridors.

Tips For Choosing The Right Skirting Board For Your Home 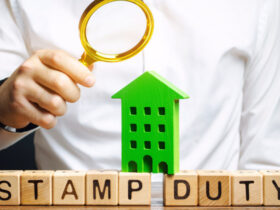 Why You Should Buy A Home In Oak Glenn, IL 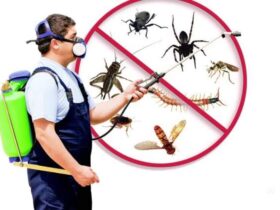 How to Protect Your Home from Pesky Pests and Termites: Tips for Hiring a Termite Control Company

Factors To Consider When Refurbishing Your Office In Birmingham